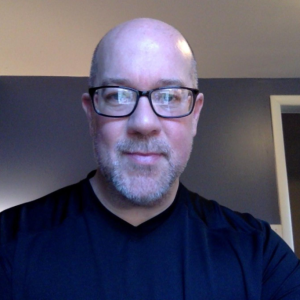 Want to Be a Better Street Photographer? Try These Three Things…

I enjoy landscape photography. I photograph events professionally as part of what I do. But I love taking pictures of people on the streets. Quite simply, street photography is my passion, and whenever I can, I head out, with no set time to return.

Over the last several years I’ve noticed something: my street photography has improved. The images are richer and more engaging. Compositions are more captivating, and the people I photograph are compelling and interesting. Overall, I’ve become a better photographer.

Why? Good question. I’ve been pondering this lately.

And I think there are several answers, but I believe there are three very specific reasons I’ve improved. So, I thought that while my images are far from perfect, there has been a path I’ve followed to improve. And guess what, so can you.

A relative recently asked me why the later-in-life interest in photography. I responded by telling her that my passion evolved from absolute need. I had started a hyper-local online news service, and made the promise to myself that the site would be stunning from a user experience standpoint, and that included the images. Let’s face it, images are compelling. As we know, images can greatly enhance a story. Therefore, I felt if the site was to be successful, the images had to be powerful.

Based on that prerequisite, I started buying lens after lens. If a new situation popped up and I thought I did not have the right lens, I went out and bought one.

Yet, what I realized is that having a ton of gear does not translate into being a good photographer. It’s true, for the news, it’s necessary to have the right lens. You need that long zoom. But on the streets? No.

Actually, I believe, it’s just the opposite. For me, walking out onto the streets with multiple lenses is the kiss of death, and I quickly realized that more lenses equated to less confidence. I always felt like I had the wrong lens on my camera at any given moment.

Here’s how I fixed that issue: I gave myself assignments. For instance, if I was heading out to shoot street, I would choose one lens to take with me, and predicated on the lens I chose, I would assign myself a specific way to shoot. Additionally, the lenses were almost always primes. If I took a wide zoom, I set it to its widest angle, and that was that. If I wanted to zoom, my feet did it for me.

What happened? My confidence soared. I used what I had, and shot accordingly. My work began to improve.

After realizing that going out with just one lens was a solid decision, I put other rules into play. My hope was to hone my focus on the type of images I wanted to make. Using one lens got me part of the way there, but by filtering out shots I did not want to take, my images continued to improve.

And while some people may say, how much you need to just take photos, I don’t completely agree. It’s like staying at the golf range all day. If your swing is bad, you’re just falling into the pit of “practice makes permanent.” A great golf coach can work with you for 30 minutes, and fix your swing in a way that dozens of hours on the range could never.

Yes, you need to get out and shoot, but take the time to figure out what kind of images you want to create, and then hit the gas. You will be amazed how many interesting subjects are out there after you sift through the “been there and seen that picture over and over” shots.

Here’s an idea: Go take street images of people with strange hats on. In New York City, they are everywhere. I promise, if you spend two hours in midtown from 4 p.m. to 6 p.m., you will come away with some unique shots!

This past August I was in Chinatown, in lower Manhattan, where I saw an intriguing woman working at a fish market. She was deep in conversation with someone who appeared to be ready to make a purchase, but also may have known the purveyor. I was working with an ultra-wide angle lens and thought, “This is great, I’m going to get the whole scene, even the fish.” I quickly brought my camera up, and took the image. As I brought the camera down, the woman screamed and pointed at me. She was less than pleased, and continued to yell.

In retrospect, I asked myself if that’s the type of photographer I wanted to be. And while I don’t believe I did anything wrong, I simply realized that I want to engage the people I’m photographing. I want to do this socially. I want to know who I’m photographing and perhaps a bit of their story too.

And that’s how I work now. This deliberate process has enabled me to create my best work, meanwhile, engaging people who otherwise I would have never spoken to.

One of my favorite images is of a man named Rooster. I saw him at a gas station in Missouri. He looked tough and grizzled, not someone you would probably want to talk to. But I thought he would be a great subject. Dialing up my courage, I said one simple phrase: “Excuse me, you’ve got a really great look. Do you mind if I take your photograph?”

He was agreeable and amiable: he even posed a bit for me!

From that moment on, I’ve used the phrase several times. Some have said no, and a great opportunity was lost, but it’s opened up other opportunities that I would have never captured, and simultaneously given me the chance to talk with some wonderful people.

If you’re looking for a way to quickly improve your street photography, try these three ideas. I guarantee if you do, improvement will follow.

Just be sure to let me know how it goes.